The myths around onions have survived for centuries. But regardless of what you believe, onions are all about crunch and zing. So when you need to find what are white onions used for, it’s probably best use your tastebuds as your guide. See our white onion recipes here.

If you read the lore, onions have long held special medicinal and healing powers, not to mention their use as currency in Medieval times.  The ancient Egyptians thought onions represented eternal life. Thus, they would put onions in the eye sockets of their dead to curry favor in the afterworld.

What are white onions used for varies from taste to contraception

Few myths exist about specific onion types. But we found one: “The Four Seasons of the House of Cerruti claims that white onions help to bring forth milk in nursing mothers and promote virile semen in men. … ” That’s from the Onion Cookbook by Brian Glover. And this article calls out the contraception improvement powers of Allium vegetables in general (that includes garlic, onions and leeks).

On the taste side, onions in general will flavor your meals, so it’s hard to specifically answer the question, what are white onions used for? According to the Joy of Cooking, “White onions are often pungent when raw — sometimes breathtakingly so …”

You’ll find most white onions being used for Mexican foods, but they can be used for anything you desire. It’s really all about taste. What you’ll find universally with Mexican foods is the use of different flavors and textures to create an appealing and complementary blend of goodies. The white onion has a lot of water content, which makes it extra crunchy, and it has a zappy zing that provides a nice exclamation point to traditional Mexican tastes, such as burritos, tacos and enchiladas. But they’re also good to add to salads, for most of the same reasons. When cooked, the more mild flavors come out. But be careful, it doesn’t store as long as the yellow variety — that’s because of its high water content.

Whatever food you’re hoping to enhance, if you’re looking for crunch and a zap of flavor, the white onion may add just the right touch. And while you’re at it, if you’re looking to conceive, it probably couldn’t hurt. Download our handy guide, Natures Ninja Playbook,  for a complete guide to onions, preparation tips and recipes. 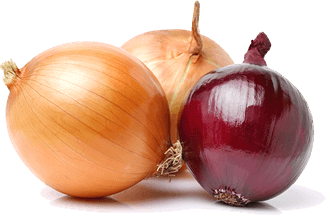 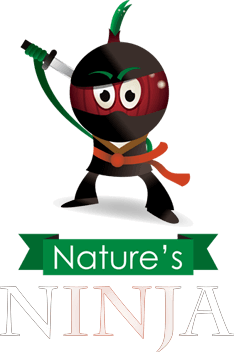